In last month’s commentary we highlighted the likelihood of greater market volatility in the New Year. This proved to be an understatement as volatility spiked twice in January and the Dow Jones Industrial Average had 19 triple digit moves in the first 25 trading days of the New Year. Volatility found its way into all markets for a variety of reasons.

In commodities, oil prices continued their slide on supply and demand concerns as the stronger dollar helped support lower prices. 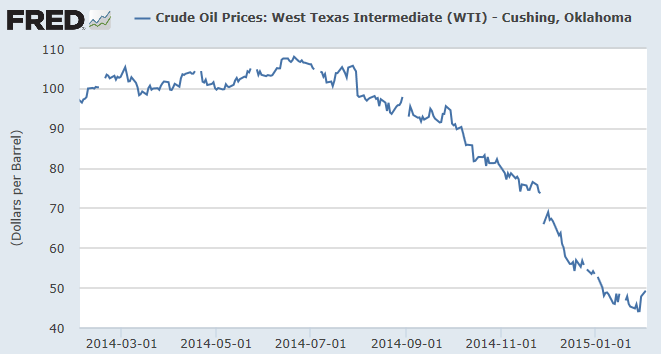 In currencies, Switzerland shocked the foreign exchange markets by removing their peg to the Euro dollar sending the Euro into a death spiral. The Euro reached and eleven year low against the dollar as the European Central Bank plans to initiate their forms of easy monetary policies. 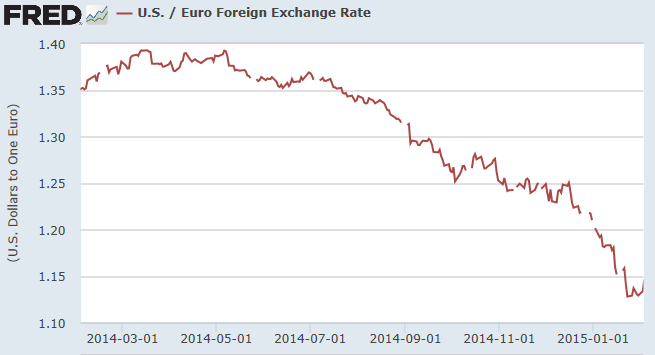 In bonds, interest rates are collapsing globally and deflation is now a word heard around the world. 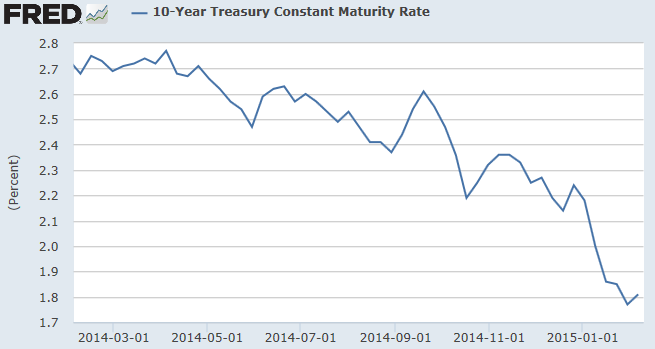 Expect the stock market to experience continued volatility as we move through 2015. Volatility has two sides, while January was down for the month for U.S. stocks there will be some profitable months down the road. We are fast approaching a six year bull market in stocks and stock valuations are reflective of where we are in this cycle. The recent rebound in oil prices is positive for the equity market and will also give the high yield bond market a much needed boost. Geopolitical events are impossible to handicap, but greater uncertainty this year will add to the likelihood of more sudden price movements. At the end of the day, long-term investors looking for dividends and price appreciation need to be patiently invested in the global stock markets.

Bond yields are low and likely to stay here for an extending period of time. The Federal Reserve has limited room to operate given the global bond and currency markets. Interest rates around the world are low and the slow go economic forecasts are likely to keep rates down. The U.S. economy continues to be the best horse in a bad horse race. This is causing the U.S dollar to strengthen relative to other currencies. If the Fed raises short rates 25 or 50 basis points higher in the second half of the year, expect the dollar to get even stronger and the yield curve to flatten. Bond return expectations for 2015 should be in the two to four percent range.

When volatility runs high, emotions run high. 2015 will be a challenge for investors allowing emotions to creep into their decision making process. If your financial plan is well designed, let it work for you over the long haul.