The concept of mean reversion is based on a mathematical theory that market prices and returns will eventually move back towards their historical average or mean. April marked a change in recent trends as a variety of asset classes moved closer to their historical price averages. Let’s take a look at how the tide began to turn in some key asset categories.

Oil prices began their surprising free fall in August of 2014 causing dislocation in the high yield bond market and the energy sectors within the stock market. There was also a concern about job layoffs coming from this growth sector of our economy. On a positive note, the six month oil price decline acted as an economic stimulus program by reducing consumer energy expenditures. As oil moved from $105 to $45 a barrel in just six months, the experts began calling for a bottom of $25-$30 a barrel. April provided a reversion to the mean with prices moving from the $45 lows to near $60 a barrel. 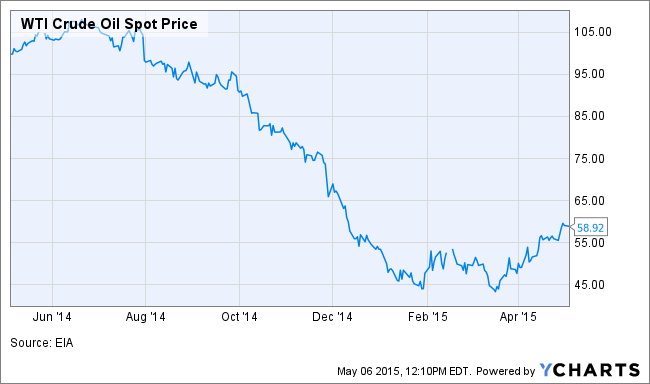 In similar fashion, the U.S. Dollar staged a huge rally versus the Euro from the latter half of 2014 into the first quarter of 2015. The strong dollar raised corporate earnings concerns from large U.S. based multinationals as their exported products suddenly became more expensive relative to foreign competition. As we entered April, experts projected the free falling Euro to reach parity with the U.S. Dollar and then continue with its decline. The currency bottomed twice around the $1.05 level and in April the Euro has bounced back to where it takes $1.12 to buy one Euro. 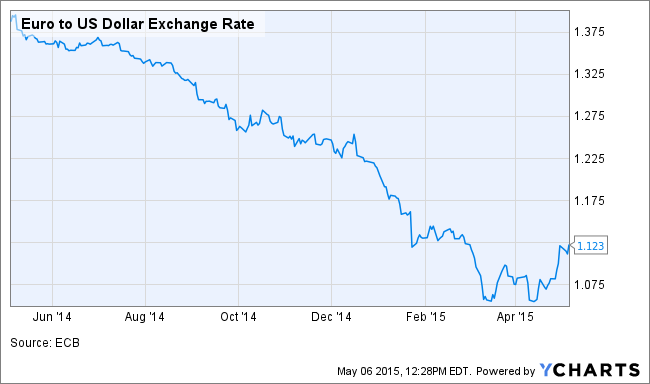 The yield on the 10-year U.S. Treasury Note entered freefall mode in September 2014 as 90 basis points of yield disappeared in the next five months only to reverse course into a new trading range centered on a 2.00% yield. Global economic growth will determine the future direction of interest rates. Slow growth, no growth or recession will cause rates to re-test their lows. It will take a real old fashion economic recovery to allow central banks to return to more normal monetary policies with normalized interest rates. 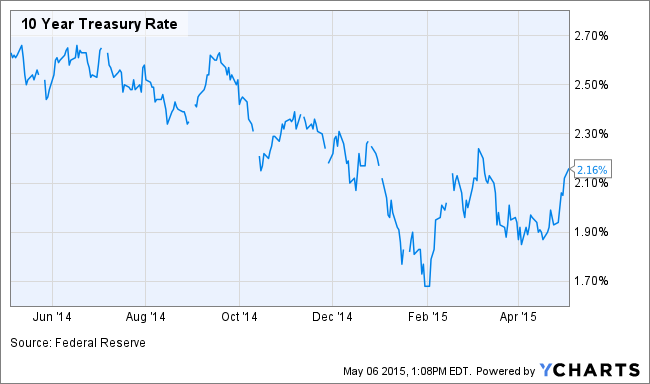 International Emerging Market stocks as represented by IEMG shows another April turnaround story. After years of Emerging Market underperformance this sector performed the best in April. 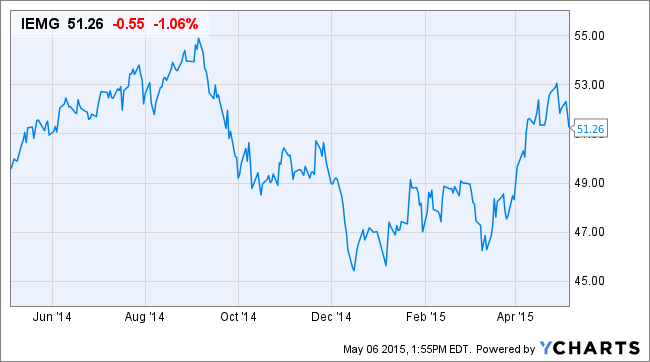 This is a great time to take a deep breath and remind ourselves that markets are not one directional. They appear to be one directional, up until the point whereby the majority believes in that one direction, and then prices change course revert back to their long-term averages. Given where we are in the economic and market cycles, this is the best time to hold a well-diversified across and among a variety of asset classes.

MARKET BY THE NUMBERS: