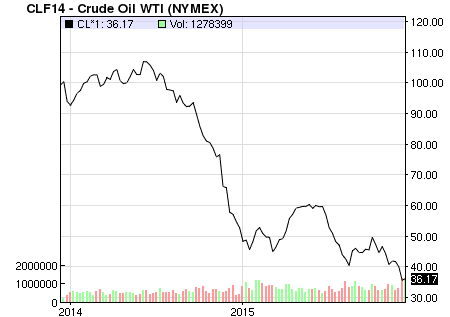 OPEC has stated they will not cut production at their most recent meeting and US production remains close to its highs, thus inventory levels are at record highs across the globe. Bottom line is that over supply still exists in the crude oil market

See the chart of US production below: 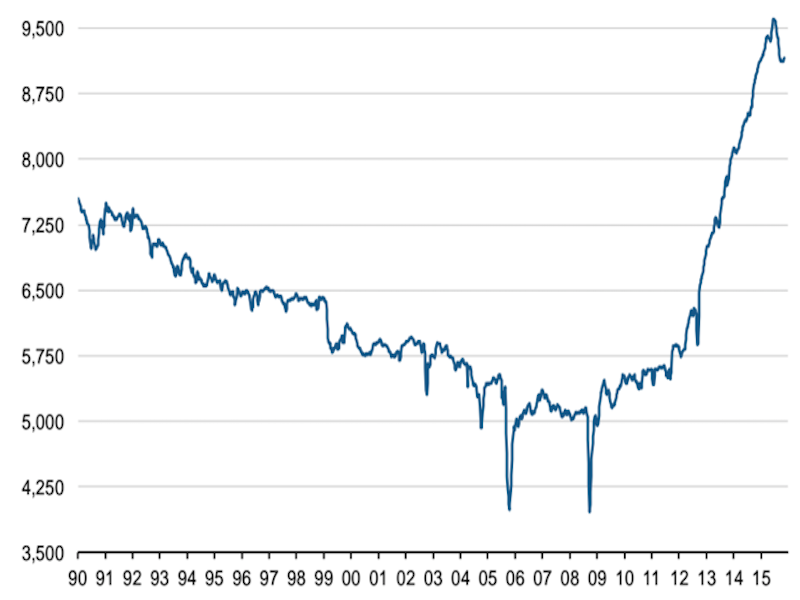 Even though production from existing capacity is still high in the US, operational oil drilling rigs are falling dramatically. The US oil rig count fell this week to 524 (down from over 1,600) according to Baker Hughes. This brought the tally to the lowest level since April 30, 2010. This will eventually curtail US growth in production as existing wells deplete.

The chart below shows the rapid decline in oil rigs operating in the US: 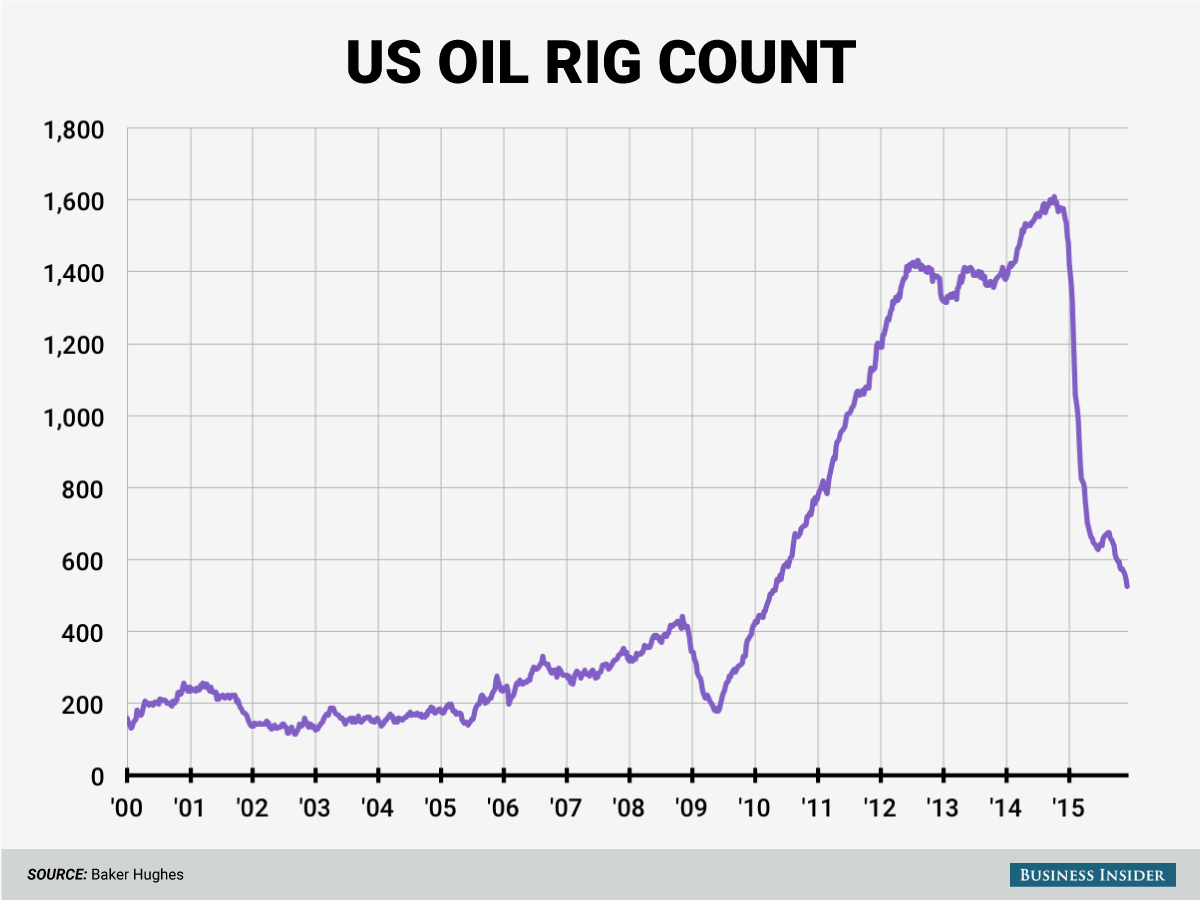 Banks are also starting to reduce lending to energy companies. In September, banks based their lending decisions on a price of $48 a barrel, down from $77 last year. That means energy companies will not be able to borrow nearly as much as they used to.

Adding to the problem is oil price hedges will continue to expire, exposing oil producers to the cruel realities of the bear market. Somewhere around one-fifth of U.S. oil production was hedged at $80 to $85 per barrel in 2015. Half of those hedges will expire in 2016.

Because of this access to finance will become tighter. Lenders to the energy sector are getting burned as the value of high-yield energy debt has collapsed amid speculation that a wave of defaults could be coming. Lenders have been lenient with debt laden oil producers, but deep losses on bonds from junk-rated U.S. energy firms are rattling investors. Strategists forecast:

On top of this most other commodities have seen sharp declines. The S&P GSCI commodity index has fallen more than 46% in the last 12 months. Investor attitudes on commodities have changed. From the mid-2000’s onwards, commodities were seen widely as an investable asset class. This perception has now unwound, to be replaced by an aversion by investors towards the sector. It’s estimated that total dollars in the top 10 commodity funds globally have fallen from more than $50 billion in 2008 to less than $10 billion today.

So as oil hits 10 year lows everyone has now turned bearish including both Wall Street and Main Street. The experts who used to see oil prices going to $200, now see it potentially going into the $20’s.

But not everyone is abandoning ship, and some brave souls see opportunity:

David Rubenstein, co-CEO of Carlyle Group sees the current situation with oil prices as perhaps one of “the greatest energy investing opportunities we’ve ever seen.”

Oaktree Capital co founder Howard Marks said his firm was ready to catch falling knives, “I think $37-dollar oil will present a lot of opportunities, I think $30 will present more.”

Scotia Howard Weil notes after a difficult 2015, in which oversupplied crude & natural gas markets drove the respective commodities to abysmal levels, they see the potential for 2016 to recover some eroded value. While not forecasting an overly bullish environment next year, firm does think the stocks look well-positioned for a better year, especially companies with good balance sheets.

Guggenheim has become bullish on the oil services sector for the first time in nearly two years, for three reasons:

Guggenheim thinks oil is a tightly coiled spring.Fundamentally speaking, the current combination of low oil prices, chronic under-investment, and low spare capacity, has set the stage for a return to a world in which price again becomes the arbiter of demand. Our oil market balances suggest that demand begins to outpace supply in 3rd quarter 2016.

JPMorgan believes that investors should begin rotating from consumer discretionary stocks into energy stocks. The firm predicts that the energy sector will be a market leader in 2016. A combination of falling non-OPEC production and increasing supply could trigger a technical rebound in oil prices in 2016 and they’ve named 15 companies as top stock picks in the energy space.

Right now with oil priced in the mid $30’s it’s hard to see the forest through the trees in the energy sector. But I’m pretty sure the world will still be consuming oil in the coming decades and that prices will be higher down the road. It’s always tough to see the bottom until after it’s been set in the investment markets, and I’m sure oil prices and energy stocks will be the same. I think we’re in the latter innings of this correction.