The US stock market had a correction in early February after starting the year with strong price returns in January. A correction is defined as a fall of 10% from recent highs and the chart below illustrates the past week’s volatile performance in the market: 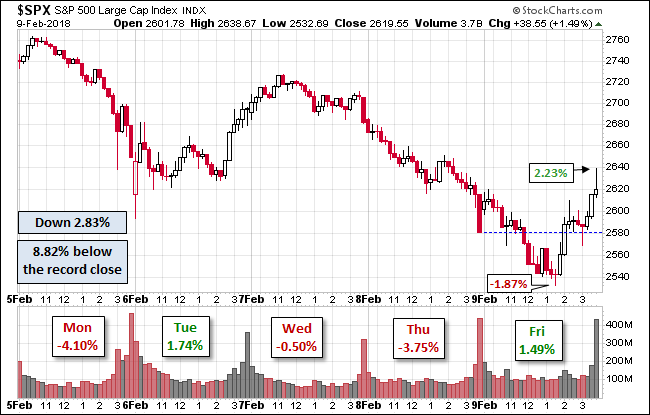 We’ve often discussed that market corrections are normal, that we should expect them, and attempt to use them opportunistically. The chart below illustrates the frequency of market pullbacks since 2009: 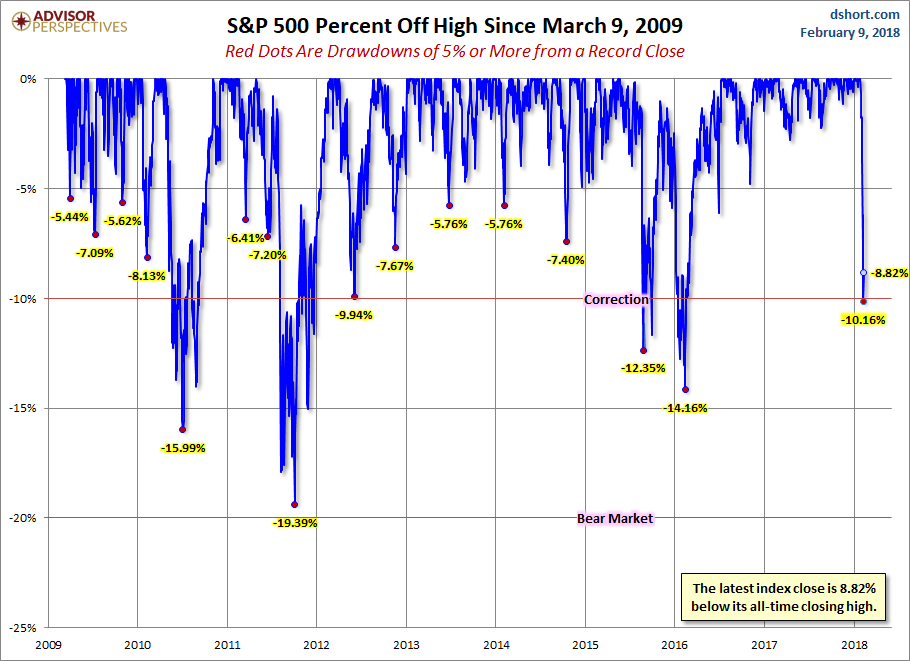 Note that there has been 16 corrections greater than 5% since the latest bull market started in 2009. But what triggered the latest correction? Was it the parabolic melt up stocks had in December and January? That could be part of it, but most investment strategists appear to be blaming:

First, market interest rates have risen in 2018. In fact the bellwether 10-year US Treasury Note has gone from yielding 2.48% at the beginning of the year to currently yielding 2.91%. See the chart below:

Lower interest rates make stocks more attractive and higher rates less attractive. Yes interest rates are higher, but I’m not sure that a 2.91% interest rate over the next ten years is enough to entice investors to abandon stocks and rotate to bonds. Interest rates are rising off generational lows due to the strength in the economy and the conclusion of Federal Reserve monetary policy designed to keep rates low. Remember, the longer term average of the 10-year Treasury is roughly 4.0% and we’re still a long way from that rate.

Secondly, inflation fears are creeping into the market again. The January CPI report came in slightly higher than economists had been predicting. A strong economy, low unemployment and wage growth seems to be pushing CPI inflation higher. See the chart below illustrating inflation levels since 2008:

Inflation has risen to approximately 2.1% on a year over year basis, but this level is not exactly what I’d call runaway inflation. In fact the Federal Reserve Bank considers inflation levels of 2.0 to 2.5% its target for a healthy economy. If inflation started to move over 3.0% that would begin to raise yellow flags.